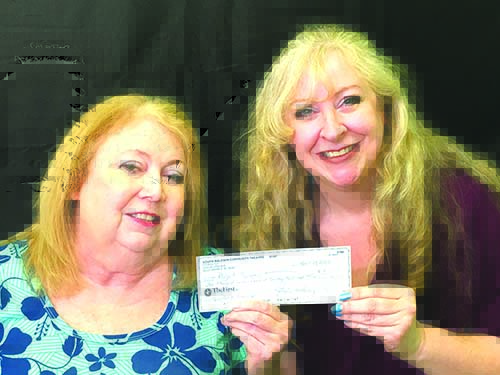 At South Baldwin Community Theatre, fundraisers have always been a tradition and a priority with young artist shows directed by Sharon Watson, who was thrilled when the cast of SBCT’s most recent youth production, “The Enchanted Bookshop,” asked her and assistant director Linda Miller if they could raise money for the people of Ukraine.
“I feel it’s important to instill the spirit of giving in the young artists,” Ms. Watson said. “Linda and I were both thrilled and overwhelmed with emotion with the cast’s empathy.’’
Project Dynamo, the recipient of the young cast’s fundraising efforts, was founded by former Army and Navy veteran Brian Stern. The non-profit is a crisis rescue operation working to rescue as many of the 20,000 Americans as possible who are still in Ukraine.
Ms. Miller volunteered to add fundraiser coordinator to her already lengthy list of duties as the assistant director. She proved to be a natural at fundraising and did an exceptional job. She was able to persuade 23 local businesses to generously donate gift cards totaling $1240.
The fundraiser also included a book fair. Books were donated by Foley, Gulf Shores and Magnolia Springs libraries and by the cast and their parents.
The results exceeded everyone’s expectations, raising $1,722 for Project Dynamo. The books that remained after the last performance were donated to South Baldwin Literacy Council.
Pictured: L to R – Sharon Watson and Linda Miller