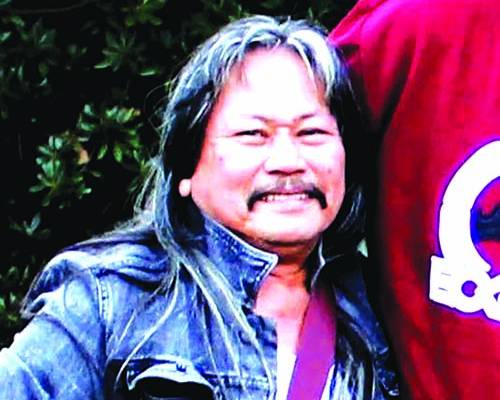 The American Legion Riders will host the Tracey Monti Ride To Rebuild Poker Run on Saturday, Sept. 25 beginning at Ruby’s Fish Camp in Pensacola and ending with a party at American Legion Post 99 in Foley. Registration is $20 and begins at 10 a.m. at Ruby’s. Stops include D&R Lounge and Bobby J’s Saloon in Pensacola and Doc Holiday’s and Misfits Saloon in Foley.
Lee Carreon (right) will entertain with a music catalog that ranges from Haggard to Santana. Chicken plates will also be sold at the Legion and there will be raffles and a 50/50.
Tracey Manti (above) was involved in a motorcycle accident on May 8 that has left him confined to a bed. He has very limited use of his arms and legs and doctors told him he would never walk again. Tracey, being the fighter he is, wants to prove them wrong. Tracey has been rehabilitating at the Southern Oaks Center in Pensacola, and funds raised at the Poker Run will go directly to that rehab facility to help with Tracey’s expenses.