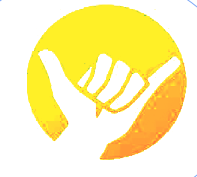 For the first time in 8 years, the Hangout Festival will be offering single day tickets to hear the world’s most popular musical acts on stage at Gulf Shores Public Beach.
The single day tickets, priced at $149, are on sale now at hangoutmusicfest.com. General admission weekend passes ($299), and VIP ($1,099) and Super VIP ($1,699) weekend passes are also still available. The VIP experience, always the first to sell out, includes pool-side and jacuzzi-side views of the main stage, and complimentary food, beer, wine and cocktails all weekend.
While approving the assembly permit for the 10th annual gathering, set for May 16-19 at Gulf Place, the City of Gulf Shores also approved a 5,000 increase of capacity for the fest, bringing it up to a total of 45,000.
Last year was the fest’s first year following the $11 million re-design of Gulf Place.
“We worked very closely with folks from the Hangout Music Festival to try to the best of our ability manage how they would like to see the site flow for their guests and their patrons for safety, security and the experience for the customers. Last year we thought the site worked really well opened up,’’ Director of Recreation and Cultural Activities Director Grant Brown said.
“Adding an additional 5,000 tickets we feel is very doable and will not create any safety issues within the site,’’ Brown added.
Hangout Fest organizers will submit a list of sponsors and vendors working on the site, its security plan, proof of insurance and a city reimbursement letter before April 1.
“This is so the revenue department can make sure that the licensing and the permitting and everything is handled well in advance to make sure taxes are collected and all the information is shared,” Brown said.
Hangout Fest hours will be from 5-11 p.m. on May 6 and the following three days from 11 a.m. – 11 p.m. with fireworks starting nightly about 10:45 p.m. Organizers have until May 22 to break down the fest.
Festival headliners include The Lumineers, Kygo, Cardi B, Travis Scott, Diplo, The 1975, Walk The Moon, Bebe Rexha, Jimmy Eat World, Jungle, and Alison Wonderland. The Red Clay Strays are this year’s locally based presence.
Cardi B, the Bronx-born rapper, made history earlier this year, becoming the first solo female rapper to win a Grammy for Best Rap Album in the category’s 20-plus year history. Shke was nominated for seven awards across major categories.
Billed as a music vacation, Hangout Fest is an immersive musical experiences that makes it unique on the festival circuit. Patrons can swim in the Gulf, relax in comfort at Hammock Beach, find dog love at the Puppy Kissing Booth, or make their love official – at least for the weekend – at the Wedding Chapel. Organizers will ring back the tremendously popular full-sized roller rink again this year.
Big Gigantic, A Boogie Wit Da Hoodie, Camelphat and SNBRN will all play sets during the tablesetting Thursday night kick-off party. Tickets on Thursday are $55. Admission is included with VIP and Super VIP tickets.