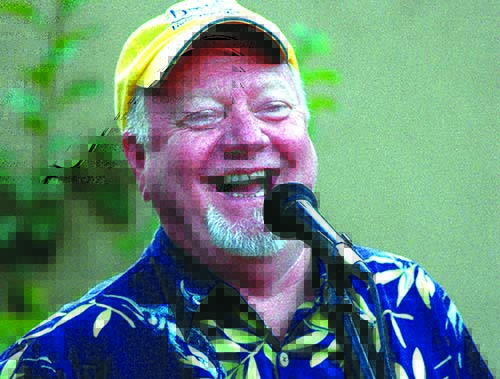 Slots available for Brent Burns’ September tour of Greece
Friends of Pleasure Island based entertainer Brent Burns will be sightseeing by both coach and ship during Burns’ 2021 tour. Scheduled Sept. 27-Oct. 4, the Brent Burns Greece Tour will include visits to six cities in two countries over six days. The package consists of a four day coach tour of Greece and a three day Aegean cruise. The tour, originally planned for 2020, will include numerous performances from Burns and fellow trop rock superstar Jerry Diaz.
“Due to the cancellation last year, our numbers decreased considerably. We had dropped to 26 from 74 people attending,’’ said tour operator Dana Flowers. “We are cautiously optimistic that it will proceed as planned.’’
Flowers added that seven more reservations are needed in order to fill a 37 passenger coach.
A twice wounded Vietnam vet and Purple Heart recipient, Burns scored his first hit with a song he wrote in response to the 1979 oil shortage, Cheaper Crude or No More Food, which sold 200,000 copies the first day it was released.
In 2008, Burns won three awards in the first ever Trop Rock Music Gala and he has continued to collect Trop Rock awards ever since, including twice winning Best CD and Best Song in the same year. He also plays numerous benefits and donates a portion of every CD he sells to various charities. He plays happy hour gigs every Wednesday at Ginny Lane and Thursday at Mile Marker 158 Dockside. Both restaurants are locate atd The Wharf in Orange Beach. He also travels the country playing house concerts at Parrothead events.
Burns has previously led his friends and fans on tours of Ireland and Scotland and Italy and a Rhine River cruise. Collaborating songwriters Gary Phillips and Bill Whyte have joined him on past tours.
For more tour info, visit happygeckotrips.com