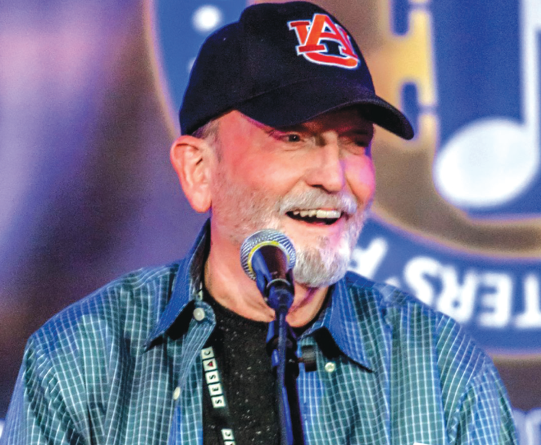 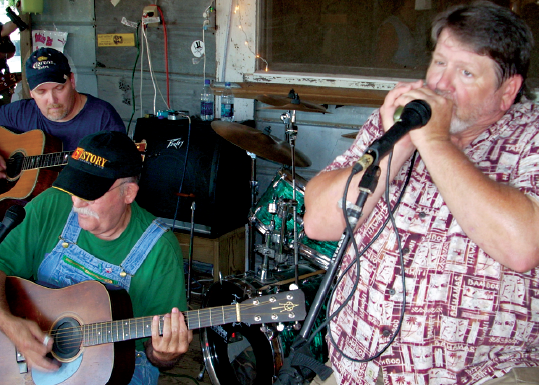 By Fran Thompson
Rock Killough was a perfect fit immediately upon being welcomed into the legion of possible/probables that earned residencies on the Flora-Bama stages around the turn of the century.
That was partly because he had already recruited arguably the area’s best guitarist (John Joiner), drummer (Bryan Wheeler), bass player (Darrell Roberts), and vocalist (Larry T. Wilson) to back him up both on the road for sweet gigs such as the Bum Phillips Charity Golf Tourney. The band, The Dixie Flyers, was able to record one CD, before Wheeler and then Larry T. passed away.
“To those who got to visit the Bama before Ivan blew it away, this CD will bring back a flood of memories,’’ Rock said about that recording.
Rock had already hung four gold records. And he had already performed with The Oak Ridge Boys, Sammy Kershaw, Randy Travis, Brenda Lee, Waylon Jennings, Hank Jr., Merle Haggard, David Fizzell, Larry Cordle, Jerry Reed, Carole King, Jerry Jeff Walker and Mickey Newbury.
Always a storyteller anyway, Rock has gathered his wit and wisdom and put it into a book that includes an audio version scored by Craig Morris.
Promoted by his niece Bertie as an emotional roller-coaster ride, Rock Killough’s Front Porch Stories promises to emote “smiles, goosebumps, snorts, chortles, tears, and a renewed appreciation for the often overlooked, awe-inspiring beauty of the world around us.’’ (Order directly from Rock at rockkilloughsfrontporchstories. com).
“It’s a beautiful book, well done in every way, and the writing style is pure RockyBoy,’’ Bertie said.
Although he is not scheduled to be back on Pleasure Island until November’s FBISF, Rock is signing his book at Page & Pallette in Fairhope on Sunday, Aug. 21 from 2-5 p.m. He and guitarist Mac Walter will play during the event.
A country boy from Greenville, Rock currently lives in a cabin near Guntersvillle on land owned by Bertie and her husband, Kevin.
He began playing guitar at age 8 and was writing music by the time he was in high school. He honed his songwriting skills during a stint in the Army, and continued on that path in college at Auburn.
In 1976 he connected in Nashville with HOF songwriter Hank Cochran. That led to a publishing deal and an appearance on the first “Austin City Limits” songwriter’s special with Floyd Tillman, Sonny Throckmorton, Hank Cochran, Red Lane, Willie Nelson and Whitey Shafer.
Rock has assembled a book of essays that are more about living a laid back life than gossip about his famous friends. His stories in the quick-read/picture filled book are often self-deprecating and always heartfelt.
Humorous and charming, Rock’s stories contain little pretention whether he is writing about gardening, old haunts like the ‘Bama and The Auburn Supper Club, favorite songwriters such as Billy Joe Reynolds or he and Larry T. suffering the effects of food poisoning on their way to play at Jensen’s Marina in Captiva.
Although losing more of his compadres every year, Rock still plays gigs at intimate venues and at songwriters fests. And he is still producing music, despite enduring health issues such as atrial fibrillation and open-heart bypass surgery.
But as he writes in his book, he is content with his life and at peace with days spent relaxing and meditating on his front porch.
“Sometimes it’s hard to keep my spirits up, what with being a short-timer and all,’’ he writes. “But sitting on the porch, getting to see the sun come and go, with the wind whispering in the pines, I feel the certainty of that line in the Twenty Third Psalm, ‘“He restoreth my soul.’’’
Pictured: Shelly Patterson’s photo of Rock at the Flora-Bama during the songwriters fest; Rock playing at Pirates Cove with Larry T. Wilson, John Joiner and the Dixie Flyers.