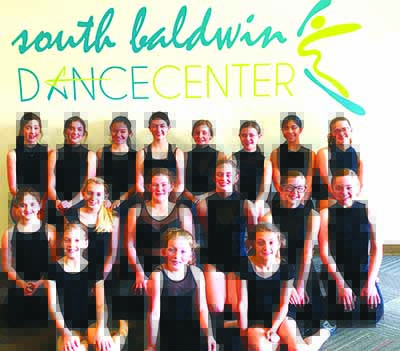 South Baldwin Dance Center Competition Team Heading For Disney
The South Baldwin Dance Center Competition Team will be heading to Disney for an experience of a lifetime. Seventeen members of the dance team will travel to Orlando, Florida March 1-3 where they will participate in the Disney Performing Arts Performance program. For the South Baldwin dancers, being accepted into the Disney Performing Arts program was a tremendous achievement. Heather Ford, owner/team coach, applied to the program by submitting 2 videos of competitive dance routines and a photograph of the team. They are then judged on showmanship, stage presence and overall show value. On Saturday the team will participate in the Disney Performing Arts Workshops led by a Disney teaching artist. The team will learn choreography for a simulated Walt Disney World Resort show audition. The Disney teaching artist will also share industry insights with the dancers to give them a competitive edge by examining professional dance from all perspectives, learning how to choose proper attire for an audition and how to stand out in a crowd. Sunday the team will perform a 25 minute showcase of their own competitive dance routines in front of an audience on the Marketplace Stage at Disney Springs. The team will experience all Disney has to offer and visit all 4 parks in between rehearsal, workshops and performing on stage. Pictured: Bottom row from left, Emily Perkinson, Finley Loper and Sage Stewart; Middle row from left, Molly Henry, Alex Davis, Addison Ford, Baylor Olive, Bella Sallin and Alexa Chapman; Top row from left, Anna Katharine Bradford, Sydney Ford, Quinne Reagan, Anastasia Ford, Courtney Florczyk, Carleigh Jurkiewicz, Jaslyn Thomas and Lauren Henry.