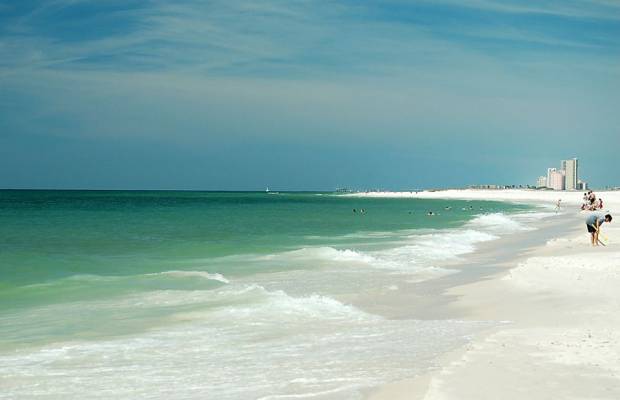 Southern Living names Pleasure Isle “Best Beach Town”
“With its white sand, decadent seafood, and pristine wildlife sanctuaries, the Alabama coast was once the South’s best-kept secret’’ states Southern Living in a story naming Gulf Shores and Orange Beach, the two cities that comprise Pleasure Island the South’s Best Beach Town.
With honors such as the one bestowed upon it from the respected magazine piling up, Pleasure Island is no longer a secret. But the proximity to nature is still a main attraction here in Paradise.
The island’s outdoor riches such as the Bon Secour National Wildlife Refuge and the Coastal Alabama Back Bay Blueway Paddling Trails were highlighted, as was the new 25-acre Alabama Gulf Coast Zoo.
The magazine listed local restaurants, including Tacky Jacks, The Perch and Foodcraft at The Lodge at Gulf State Park, Lucy Buffett’s Lulu’s (order The “Pa-Menna” Cheeseburger) and Fisher’s. “Fill any gaps in your itinerary with “y’all won’t believe this” selfies while you sip on a beachy beverage at the Flora-Bama,’’ stated the magazine.
Hilton Head, South Carolina, and Tybee Island, Georgia finished second and third, respectively, in the magazine’s annual ranking of the Southeast’s best beach towns. Senator Richard Shelby said he was glad Alabama’s Gulf Coast is “receiving the recognition it deserves.”

Related Items
← Previous Story Gulf Shores Recycling Center to reopen May 18
Next Story → Johnson Beach will be back open Saturday, May 16