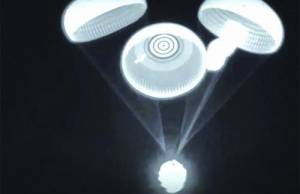 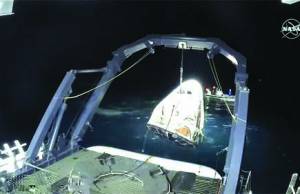 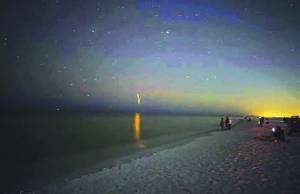 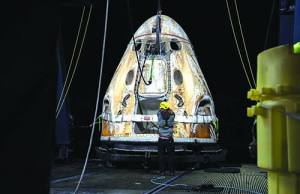 SpaceX Dragon splashes down off coast of Pensacola

That was not a meteorite streaking towards splashdown in the Gulf of Mexico just off Pensacola at about 9:30 p.m. on Nov. 8. The trailing fireball, easily visible from Pleasure Island, was the SpaceX Dragon Endeavour once again choosing the Florida Gulf Coast as its splashdown site following an eight hour trip back from the International Space Station. SpaceX’s fast boats were on scene within minutes of splashdown. The Crew Dragon capsule was pulled aboard the GO Navigator recovery ship, where helicopters were waiting to take the four person crew back to Pensacola, and eventually their home base at Johnson Space Center in Houston. NASA astronauts Shane Kimbrough and Megan McArthur, Japan Aerospace Exploration Agency astronaut Aki Hoshide, and European Space Agency astronaut Thomas Pesquet traveled 84,653,119 statute miles during their mission. They stayed 198 days aboard the space station, and completed 3,194 orbits around Earth. While in orbit, the astronauts completed several spacewalks to help upgrade the space station, installed two new solar arrays, and worked on hundreds of research investigations. The splashdown of Crew-2 came just one week before the Kennedy Space Center launch of NASA’s SpaceX Crew-3 Space Station mission of approximately six months.