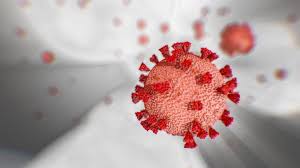 “Super spreader” outbreak traced to choir practice
The act of singing itself may have led to the deaths of two choir members who died of COVID-19 after attending the March 10 practice of the Skagit Valley Chorale near Seattle. Disease trackers in Washington state called the choir practice “a super spreader event” that illustrates how easily the coronavirus can pass, according to a May 12 report by The Associated Press.
“One individual present felt ill, not knowing what they had, and ended up infecting 52 other people,” said Lea Hamner of the Skagit County Public Health Dept. The sick singers’ average age was 69
The rehearsal was held nearly two weeks before Washington issued its stay-at-home order.
The AP also reported that in Chicago a cluster totaling 16 cases and three deaths were traced to a funeral and a birthday party.
The singers sat in close proximity during the two plus hour rehearsal in Mount Vernon, about 60 miles north of Seattle, according to the report published by the Centers for Disease Control and Prevention.
Some choir members told investigators they snacked on cookies and oranges or helped stack chairs.
The virus could have spread when exhaled droplets landed on those items, but another theory is that a fine mist of virus particles emitted during singing could have contributed. Such emissions can happen with loud talking or, possibly, singing, according to the report
The CDC recommends avoiding large groups, wearing cloth masks in public and staying at least 6 feet apart from others.