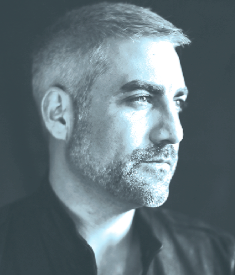 American Idol winner and former Pleasure Island resident Taylor Hicks returns to the Flora-Bama for his second annual Back to the Bama Bash on June 21 at 9 p.m. Attendees can look forward to a show filled with hits from Hicks’ American Idol songbook, fan-favorites from his Flora-Bama days and new tracks from the country-soul singer’s highly-anticipated third album due out later this year. The standard Flora-Bama cover charge will apply, but there will be no additional charge to see Hicks’ performance.
Hicks recently wrapped up his starring role as Charlie Anderson in the Serenbe Playhouse production of the 1974 Broadway musical “Shenandoah.” The impressive outdoor production captured the story of one family’s struggle living in the Shenandoah Valley during the American Civil War with a theatrical journey of heartbreak and ultimately hope in a fight for human rights.
After a hiatus from recording, Hicks returned in 2017 with “Six Strings and Diamond Rings,” the first single since his 2009 sophomore album, The Distance. The stirring, stripped-down track offers up a tantalizing preview of Hicks’ forthcoming album, a deeply personal, roots-inspired collection recorded at Zac Brown’s Southern Ground studio in Nashville. Contributors included four-time Grammy winner Keb’ Mo and Robert Randolph. Produced by Hicks and Bryan Sutton (Garth Brooks, Brad Paisley), the album will bring Hicks back on the road for an extensive tour.
For Hicks, winning “American Idol’s” blockbuster fifth season was just the beginning. Hailed as “part Stax, part Motown and part honky-tonk” by The New York Times, Hicks’ intoxicating blend of soul, blues, country, and rock & roll quickly rendered him a household name as he progressed to the show’s record-breaking finale in 2006.
That historic television event drew an audience of more than 200 million viewers. Hicks immediately followed his Idol victory with a No. 1 Billboard single and an RIAA certified Platinum debut, and soon went on to make history as both the first male Idol champion featured on a Grammy-winning record (Jimmy Fallon’s Blow Your Pants Off), and the first to land a Las Vegas residency.
Hicks has since ventured into theater and television, touring as Teen Angel in the popular Broadway musical “Grease” and appearing on “Law & Order: SVU.” He also hosts “State Plate,” his own food and travel show now entering its third season on the INSP television network. Hicks’ passion for southern cuisine also led him to open up Saw’s BBQ & Juke Joint, a restaurant recently crowned one of the “25 Best Barbecue Spots in America” by Men’s Journal.