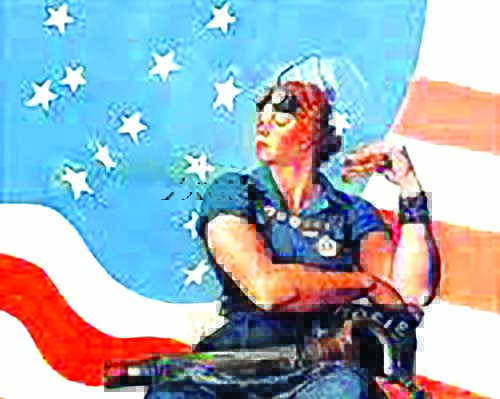 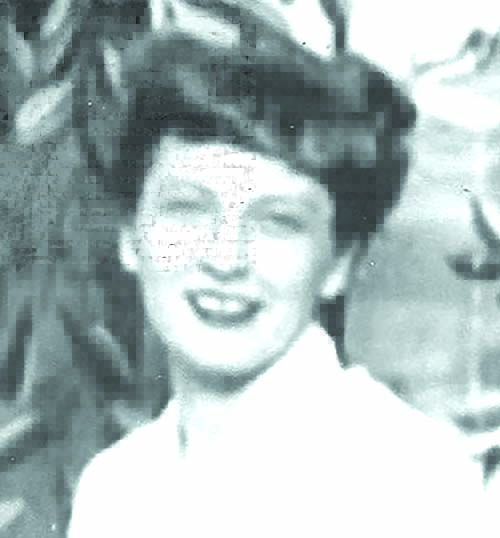 This Rosie The Riveter dropped B-25 parts into place
Foley resident Edna Bowles honored with plaque at Michigan museum
By Fran Thompson
Represented by the iconic wartime poster featuring Rosie the Riveter, Foley resident Edna Bowles and the other women who worked factory jobs while our boys fought in Europe and the Pacific didn’t just help win World War II, they became the symbol of women in the workforce for The Greatest Generation.
Beginning in 1942, as an increasing number of American men were recruited for the war effort, women were needed to fill their positions in factories. Those numbers included Edna, who has been recognized by the American Rosie The Riveter Association with a certificate and plaque that hangs at the Yankee Air Museum, an affiliate of the Smithsonian Institute, in Ypsilanti, Michigan.
Rosie the Riveter, dressed in overalls and bandanna, was presented as a symbol of patriotic womanhood throughout WWII.
“I was a crane operator for Rosie The Riveter. We hauled the parts for Rosie The Riveter to rivet,’’ Edna said.
Edna, who turns 99 next month, did not get her driver’s license until the age of 21, but that was because the minimum age to attain one back in 1942.
Although she grew up on a farm in rural Kentucky with six siblings surrounded by tobacco, corn and tomatos, she moved to Ann Arbor to join other family members seeking manufacturing jobs in one of the South Michigan factories.
She was on lunch break from such a job when she applied at the Willow Run Bomber Plant that produced B-24 Liberators during World War II. At its peak, the plant was producing one plane per hour.
Edna worked at Willow Run for 13 months until victory was assured. She then headed back to Ann Arbor for a position at Chrysler, where she worked for 33 years. (See Page 20 story)
“I helped build the first B-24’s that went over and dropped bombs on Germany, as far as I know,’’ she said. “It was quite a place. Everybody in Michigan was making war stuff. They all shut down their businesses and went to work making stuff for Uncle Sam.’’
Edna said when she saw another woman running a crane while she was appling to work at Willow Run, she immediately asked if she could run a crane.
“I said I also want to do that and they said I had to talk to the superintendent. He hired me right there on the spot,’’ Edna said.
After spending a day taking the physical necessary to upgrade her driver’s license, Edna returned the next day and was given a once through before being left on her own.
“A guy took me out and showed me where to go and how to start it. He said I already learned it all. He just went on his way and I was on my own,’’ Edna said. “I never had any accidents. So, I guess I did OK.
“This one was sitting down, not standing up. It would go all the way across the bay on tracks,’’ she added. “We split the tracks. One operator would work one end and another the other end.’’
Although she also turned over dyes in the toolroom, Edna mostly ran an electrically powered crane. She would scale a 40 ft. ladder, climb into the cab and move aircraft wings, engines and body parts up and down the assembly line.
She made $1.25 an hour, which was well above the assembly line pay grade. and good money in the early 1940’s, especially since, like everybody, she worked nine hours a day, six days a week.
Edna said worked with 42,000 others at Willow Run, two-thirds of them women. “The men were all in the service,’’ she said.
“There was quite a bit going on. There was a big crowd just coming and going to work – both ways,’’ Edna said.
“We all had our job to do. Whatever they asked me to do, that’s what I was there for. You don’t ask,’’ she added. “I didn’t know too many other people or many of the other women crane operators. I don’t know how many women crane operators were in the entire factory, but there were three in our building. I don’t remember their names. One I did know fell in love with the boss, but I don’t remember her name.
“It was a scary time,’’ Edna said. “You just never knew. A lot of them got it. I had a cousin who was killed in the Japan war.’’
Rosie the Riveter became most closely associated with another Kentucky woman, Rose Will Monroe, who was two years Rose’s elder and also moved to Michigan and worked at Willow Run during World War II. Painted by Norman Rockwell, Rosie the Riveter first appeared on the cover of the Saturday Evening Post in 1943 (above right). This interpretation of Rosie was firmly entrenched in the concept of women entering the workforce as their patriotic duty.
And is a fact that the females working at Willow Run had as much to do with winning World War II as the brave American soldiers fighting at on the front lines.
Pictured: Edna Bowles in 1942, just after she acquired her driver’s license and before she went to work at the Willow Run Bomber Plant producing B-24 Liberators during World War II.