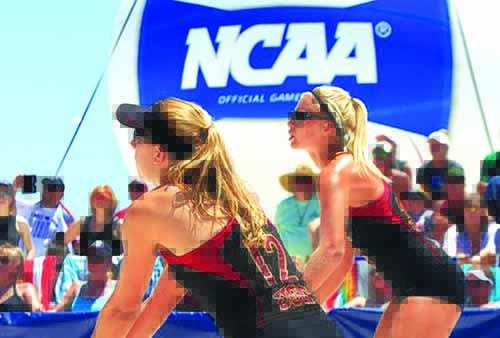 Tickets for NCAA Volleyball Championship now on sale
Best collegiate teams in the country at G.S. Public Beach May 5-7

Tickets for the 2017 NCAA National Collegiate Beach Volleyball Championship are now on sale at eventbrite.com. The championship will take place May 5-7 at the Gulf Shores Public Beach. Prices range from $175 for an NCAA Experience All-Season Pass to $20 for a one day general admission pass. The first ever official National Collegiate Beach Volleyball Championship was held in Gulf Shores last May, with Southern Cal claiming the title. Beach volleyball is the fastest-growing NCAA sport.
The championship will have an eight-team bracket playing in a double-elimination format. Teams will consist of five pairs of players. The first team to win three of five matches will be the winner.