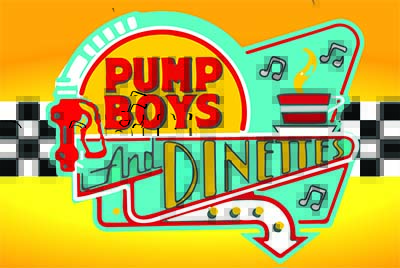 Summer 2018 marks the fifteenth season for The University of Alabama’s professional theatre company, SummerTide. To celebrate the anniversary, Summertide is reviving its inaugural production, Pump Boys and Dinettes, led by veteran SummerTide Director, Stacy Alley. In past years, she has brought Ring of Fire, The Marvelous Wonderettes, and Smoke on the Mountain to the beach.
“I was in (and choreographed) the inaugural season of SummerTide, so Pump Boys and Dinettes holds a special place in my heart. I look forward to revisiting the show as director and sharing it with those who are unfamiliar with the story as well as our patrons who saw it the first time around,” Alley said.
Pump Boys and Dinettes will run June 1 to June 29 at South Baldwin Community Theatre. Tickets are available for purchase at ua.tix.com or by calling the Box Office at 205.348.3400 before May 12 or 251.968.6721 after May 29. Tickets are $20 for adults and $15 for children 12 and under. Group rate of $15 per ticket available for parties of 10 or more.
Set off of Highway 57, the ‘Pump Boys’ of the local gas station and their neighbors, the ‘Dinettes,’ of the Double Cupp Diner come together for an evening of lively country western music played on instruments ranging from piano to cello to utensils.
“This musical has been enjoyed both on and off-Broadway and in Gulf Shores, and now we’re back,’’ Alley said. “It is the perfect show for the George C. Meyer Performing Arts Center, utilizing a small cast and unit set, offering audience participation and a light-hearted night of entertainment after a relaxing day at the beach.”