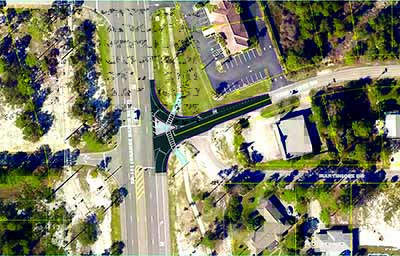 Improvements at the intersection of Terry Cove Drive at State Highway 161/Orange Beach Boulevard are underway. Once the project is complete in the next two to three months, drivers turning north onto 161 will have a turn lane and it will improve the flow of traffic at the intersection. In addition to helping move traffic through the intersection it will improve the crosswalk at Terry Cove Drive, connecting it to the island and increasing safety for bicyclists and pedestrians. ALDOT’s contractor is working to ensure there is minimal disruption to 161 but lane closures should be expected.