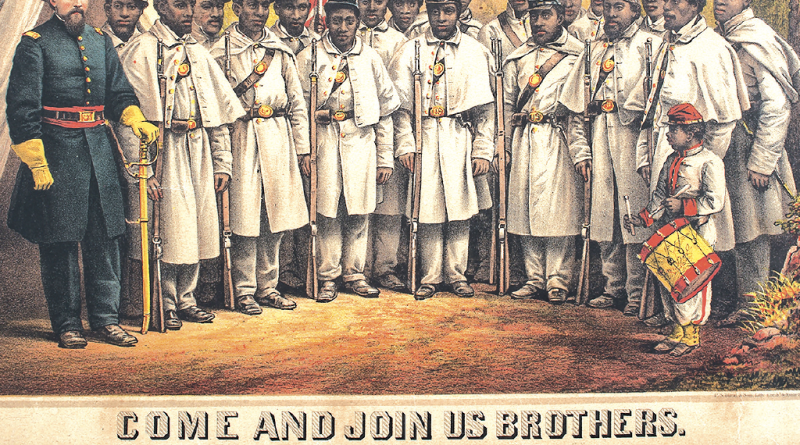 Historic Blakeley State Park has opened a series of trails on previously undeveloped lands just off of Cloverleaf Landing Road on the site where one of the largest contingents of African-American soldiers in any Civil War battle fought. Known at the United States Colored Troops (USCT) at the time, these troops—mostly former slaves—comprised approximately a fourth of the Federal army which assaulted Fort Blakeley on April 9, 1865.
The new USCT Heritage Trail will feature approximately a mile and a half of trails which will help visitors learn about the role of these troops in the fighting at Blakeley. Offering access to original Civil War earthworks dug under fire by USCT troops and a stunning, unspoiled, natural habitat, the trail is a nationally-significant educational and heritage tourism product for the park and the larger Gulf Coast region. The site is located about a mile and half north of the main park entrance. Pictured: USCT recruiting poster.