Whyte Caps will reunite May 8 to raise funds for GCMMF 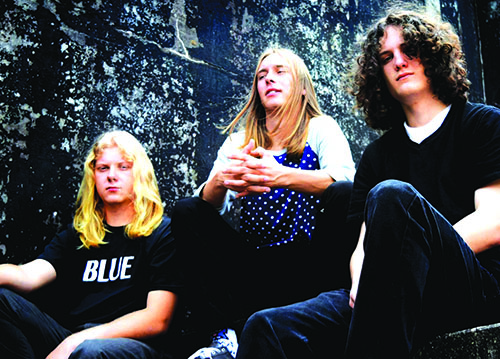 Whyte Caps will reunite May 8 to raise funds for GCMMF

Whyte Caps, a Pleasure Island based band originally formed in 2011, will reunite on Saturday, May 8 at The Point Restaurant on Innerarity Point for a show to benefit the Gulf Coast Musicians Medical Fund to assist musicians with medical expenses (Info).
Josh Newcom will kick off the evening at 6 p.m. Tickets are $15 and can be purchased at The Point, through Venmo App @whytecapsband or at the door.
A power trio consisting of Chris Beverly on lead vocals and guitar, Kyle Thornton on drums, and Ryan Hensley on bass and vocals, the band had a large local following, performed on WALA Fox Studio10, 96WLYB Radio and WSRE’s StudioAmped, was picked up on TK101’s Under the Underground and released an inaugural EP, “Four in the Van,” produced by the late Matt Roberts, lead guitarist for 3 Doors Down.
Whyte Caps, would go on to play over 600 shows across the Southeast, 10 festivals and open for Marshall Tucker Band, Fuel and Smash Mouth.
Sponsors for the fundraiser produced by Harper Live Entertainment include Playa del Rio RV Resort, Sandy Roots Records, Flora-Bama, Kammer Chiropractic, Frank Brown Songwriters Festival, Sam Glass Music and Art, Perdido Key Chamber of Commerce, SunStorm Therapeutics, LiveMusicLineup.com and GCMMF.