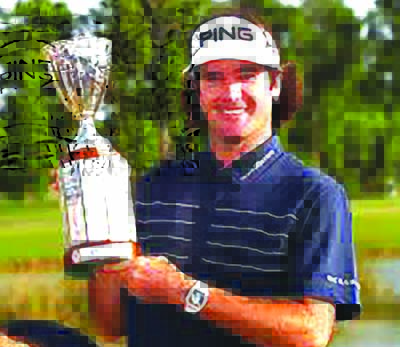 The Emerald Coast Golf Tour will kick off its 2022 season at Kiva Dunes Golf Club in Gulf Shores March 1-4. The tour will start its 2022 season in Gulf Shores at the beautiful Kiva Dunes Golf Club. The 54 hole event attracts players come from all over the country and begins with a kickoff party for professional players in the Kiva Dunes clubhouse on Tuesday night. A pro-am consisting of one professional and three amateurs will be played on March 2.
The Emerald Coast Tour is a developmental tour for guys trying to earn their PGA tour card or the Korn Ferry Tour card. Over 25 PGA tour winners have played on the tour. The Inaugural Kiva Dunes Pro Classic was shared by Hunter Stewart and Michael Hebert in 2017. Stewart was the winner again in 2018. Doug Barron won at Kiva Dunes in 2019 and went on to win his first event later in the year on the PGA Champions Tour. Michael Johnson of Birmingham is the defending champion.
Tour alums include Boo Weekley; Joe Durant: Heath Slocum; Craig Perks; Patton Kizzire; Jerry Kelly and two time Masters champion (pictured) Bubba Watson.
To play in the Pro Am contact Kiva Dunes at 251-540-7000 or Geno Celano at 850-217-3412. Sponsors and volunteers are also needed for the event. Admission is free and spectators are welcome. Additional information will on the Emerald Coast Tour website.
Tee times will begin at 9 a.m. on March 2. The followintg day’s rounds include a pro-am, and the final round will begin at 8:30 on March 4, followed by the awards presentation.