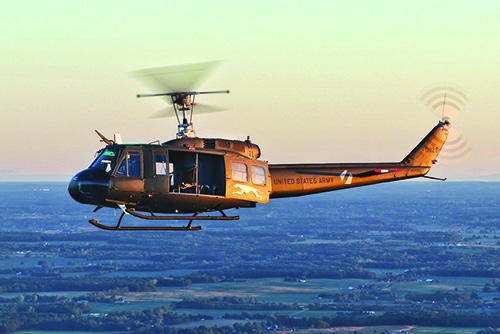 Take a break from the sun and sand and come over to the helipad near the Orange Beach Event Center at the Wharf for an experience like no other – a ride on a historic UH-1H Huey helicopter. And Yes. They do fly with the doors open. Rides are $75 per person and will be offered from 9 a.m. – 7 p.m. on June 15 and 9 a.m. – 5 p.m. on June 16. The flights are conducted by the nonprofit Friends of Army Aviation group. For more info or tickets: friendsofarmyaviation.org. Pictured: Described as the “venerable workhorse of the air” during the Vietnam War, the UH-1H Huey was first used in 1966 with deliveries of production models starting in September of 1967. The “Hotel” model Huey was produced in larger numbers than any other model, with 4,850 delivered to the US Army alone. It was also built under license in Germany, Italy, Japan and Taiwan.