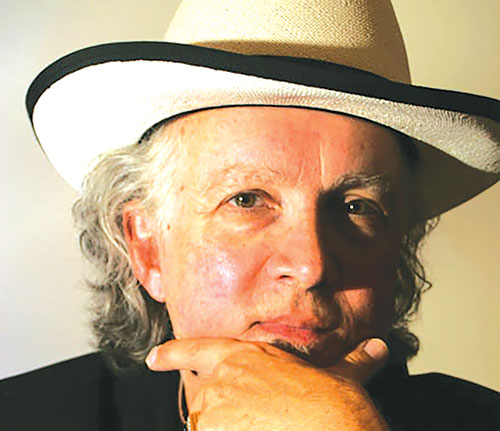 John Lee Sanders brings loaded resume with him to PBR
By Fran Thompson
John Lee Sanders is not on the FBISF schedule for any of the fest’s 11 days. Working five nights a week at Perdidio Beach Resort in Orange Beach (four at Voyagers and Fridays in the lobby bar) and Saturdays at The Fish Grill in Gulf Shores keeps him busy enough that he can’t even find the time to finish his most recent CD, his 13th overall.
Plus, he’ll be in Singapore Nov. 10-13 to play keyboards for Paul Williams, a musician he’s been working with since 1988. He’ll also return to Vancouver to lead a 7-piece band through a Dec. 3 sold out gospel & blues Christmas Concert that is already sold out.
“I’m very happy for the opportunity to work here, but I’ve had much higher profile work in my career,’’ Sanders said. “Since moving here, I’ve been doing solo work for various reasons, but I have been a great bandleader most of my life, and I hope to continue that. I miss playing in a band.’’
With credits as an Emmy and Grammy nominated composer, writer and arranger, the multi-instrumentalist (saxophone, guitar, piano, vocals) has deep roots in jazz and blues that stem from his early years in Memphis, Birmingham and the bayous of Louisiana. “John Lee’s one of my musical heroes, a quadruple threat,” is how Bonnie Raitt put it.
Yet his album “Mozart: Rhythm & Romance” is an appreciation for classical music, and “Beacon Of Light” reflects his gospel roots.
In the early 1960’s, the then 13 year old Sanders was billed as “Little John,” Birmingham’s answer to Little Stevie Wonder. Sanders ended up on the Texas Plains, where he received a degree in classical and jazz composition from the University of North Texas.
Sanders’s San Franciso Bay Area legend started when he took his band from Texas to San Francisco in 1977 at the urging of Dobbie Brother Michael Hossack.
Although immensely popular live, Uncle Rainbow was unable to secure a recording deal and broke up after a few years. Yet Sanders stayed busy.
“I could have worked seven days a week arranging, producing or playing music,’’ he said. “Studio work, jingles, demos, commercials, soundtracks.’’ Additionally, on Sunday mornings, he was the hammond organist and vocal soloist at Beebe Memorial Church, one of the largest black churches in the Bay Area.
He has toured the major European jazz and blues festivals many times over and even arranged an entire concert for the 22 piece National Jazz Orchestra of Croatia.
He’s written arrangements for the Tower of Power. The list of artists he’s performed or toured with include Carly Simon, Smokey Robinson, Randy Newman, Elton John, The Meters and Chuck Berry.
And that’s just for starters. The list also includes Jimmy Page, Jimmy Webb, Stevie Wonder, Kris Kristofferson, Willie Nelson, Starship, Ashford & Simpson, Freddie King and John Lee Hooker. In 2014, he performed at the Grammys with Williams.
He put together bands for ASCAP shows at the request of Clive Davis.
Funny enough, while recording in Hollywood, he auditioned for the Gong Show, and won. Dressed as the Louisiana Chicken Man, he hand played the first part of Sweet Georgia Brown before finishing the song on his saxaphone. He earned $516.32 for his troubles.
“I ended up making a few grand in residuals because I was in the musicians’ union,’’ he said.
Sanders met his wife, Maria Lose Angeles Sanders, in Germany while touring as music director with Long John Baldry, holding down the keyboard spot formerly held by Elton John, in the early 1990’s. The romance ended with the tour, but Sanders never stopped wondering. Twenty years later, he contacted her on Facebook. Two months later he flew to Spain to rekindle the romance. They married just before moving to South Baldwin County last year.
Sanders comes from a musical family. His brothers both led bands in Birmingham. His grandmother gave music lessons and played piano at silent movies. His mom’s cousin played with W.C. Handy. His nephew managed Taylor Hicks, winner of the 2006 American Idol and a former Gulf Shores resident. Although his dad didn’t play, he was Jerry Lee Lewis’s insurance agent.
Sanders is also a mostly self taught painter whose work leans towards the impressionists. “I spent as much time as I could in museums every time we toured Europe and I finally just said ‘I think I could do that.’’’
A spry 65, Sanders and already battled and beat tongue cancer and he can still emulate the licks of musical influences Dr. John & Professor Longhair and Jerry Lee, but not James Booker. “His hands were bigger than mine,’’ Sanders said.
Yet he has also recorded “Mozart: Rhythm & Romance,” an appreciation for classical music and “Beacon Of Light,” whcih reflects his gospel roots.
And then there was the time he kinda’ met Elvis, who had just signed a record deal with RCA and bought a house near his aunt. Sanders was among a yardful of screeming teenage girls who watched Elvis and his female entourage enter and exit a convertible full of women. When things simmered down, Sanders asked Elvis’ father Vernon if he could use the bathroom in the house..
“Afterwards I asked to see Elvis’ bedroom. And it was like somethning out of Leave It To Beaver. It had twin beds and there were 20 or 30 teddy bears piled on the beds. It was like somethning His hit at the time was “I Want To Be Your Teddy Bear.’’
“My husband was on the throne of the king,’’ said Maria De Los Angeles.