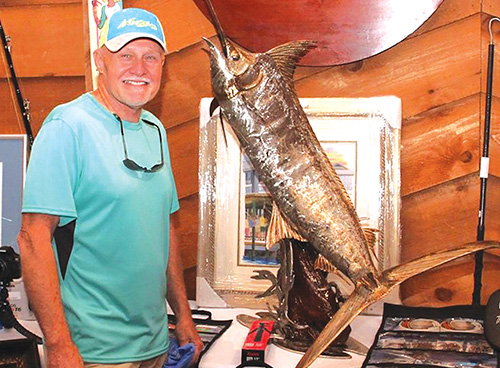 The championship Trophy for the winning team of the Gulf Coast Triple Crown Series will be a one of a kind masterpiece handcrafted by metal artist James Williams (above) of One Mile in South Alabama. The trophy is a stainless and bronze mix, with a complete stainless skeleton inside. Coincidentally, A Work of Art currently leads the series, which concludes with the Blue Marlin Grand Championship at The Wharf. Fishing days are July 14-16. The Gulf Coast Triple Crown Championship is a multi-Tournament point series with four billfish tourneys for teams to accumulate points. The events also include the Orange Beach Billfish Classic at The Wharf, the Mississippi Gulf Coast Billfish Classic in Biloxi and the Emerald Coast Blue Marlin Classic in Sandestin. Info: bluemarlingrandchampionship.com or 850-252-2592.