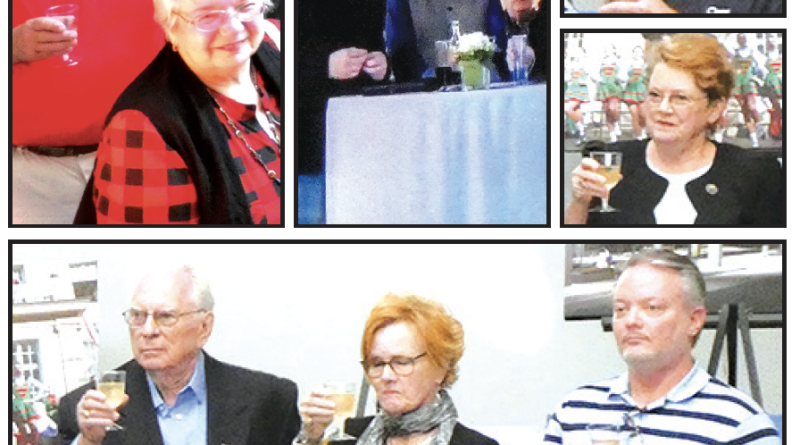 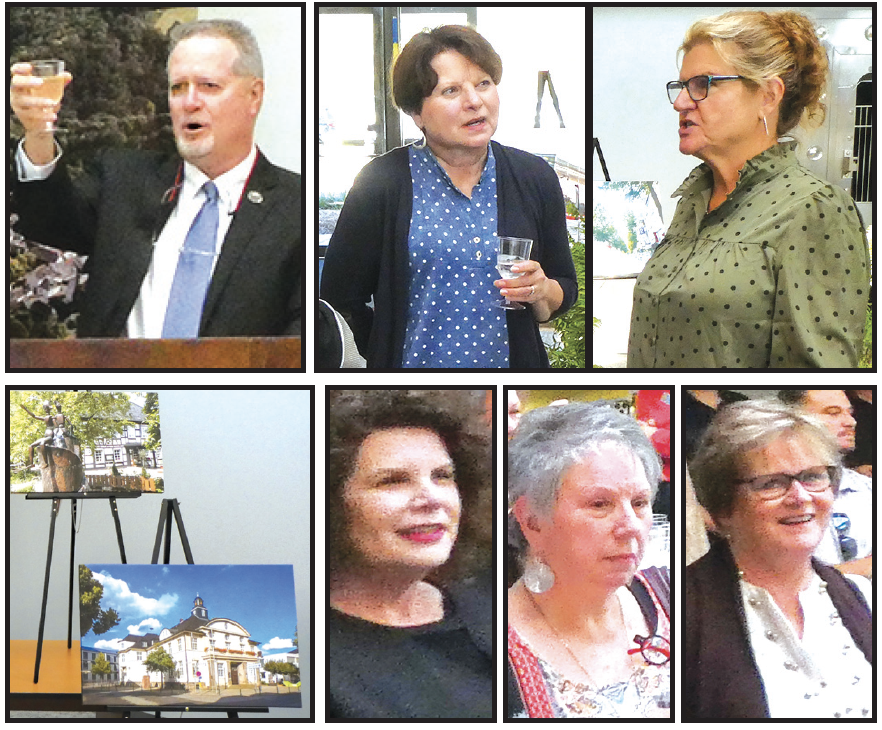 By Fran Thompson
Thanks to the efforts of a commission formed specifically to find Foley a perfect international match, the city has formed a Sister City partnership with Hennef, Germany as way to develop mutually beneficial relationships between the cities and their citizens. The partnership will provide an opportunity for student and community delegations and educational, cultural, informational, and commerce exchanges.
“Foley’s interest in developing a sister city partnership with Hennef is due to its similar characteristics,’’ said committee chair Linda Spangrud, who has strong ties to Hennef. Three of Spangrud’s four great grandparents came from that area.
Both cities are rural yet urban and have close connections to surrounding communities with diverse shopping facilities. The greatest interest of the partnership will be educational and cultural exchanges.
The first initiative in the program is an art exchange exhibit with photos showcasing Hennef’s landmarks and scenery inside the Truist Bank building atrium in downtown Foley (200 W Laurel Ave.). The gallery was formally opened by Mayor Mario Dahm of Hennef and Mayor Ralph Hellmich of Foley on Nov. 3 and will remain open Tuesday thru Friday from noon – 4 p.m. until Dec. 2. A Foley gallery opened in Hennef on the same day, and both cities participated in a virtual ceremony at the openings to commemorate their partnership.
“I believe in Sister Cities,’’ Spangrud said. “If you understand and meet other people and learn their culture, it opens up your mind, heart and soul.’’
According to Sister Cities International, there are nearly 2,000 partnerships between U.S. and international cities in 140 different countries. The program was launched in 1956 by President Dwight D. Eisenhower.
Hennef has 25,000 inhabitants (49,000 in its metropolitan area) and is a mixture of urban flair and rural idyll. It is surrounded by numerous villages with the connecting element of the region being the Sieg River and its well-developed bicycle path through the beautiful landscape. The top tourist attraction in Hennef is the Stadt Blankenberg castle, and 125 miles of hiking trails with views of the Siegtal valley, Allner Castle and Zur schmerzhaften Mutter, a pilgrimage church in Bödingen.
Hennef industrial pioneers Carl Reuther and Eduard Reisert invented the Chronos scale, the first legally recognized calibratable automatic scale in the world back in 1883. Industrially manufacturing the scale marked the beginning of Hennef’s rise as an industrial location.
“Both Foley and Hennef have educational and cultural exchanges as their number one interest,’’ Spangrud said. “Research found that the partnerships that last are ones who have strong educational partnerships and strong family connections. We have the strong family connections with Hennef and are building a strong base for educational partnerships.’’
A contingency from Foley will visit Hennef in May, and Foley will welcome a group from Hennef in October.
Spangrud said Foley’s Sister City education committee is already in communication with educators in Hennef about joint projects.
“The literacy classes at Foley High School would like to exchange writing projects. Hennef has interest in nature environment, marine life, sea turtles, etc. Foley High School has a brand-new marine science program. Our elementary students may do a pen pal project.’’
School administrators in Hennef have expressed interest in emulating Baldwin County schools’ dual enrollment programs with Coastal Alabama Community College, according to Spangrud.
“We are interested in how they run their vocational education and their different types of schools,’’ she said. “We’re discussing student exchanges for 2024.’’
Additionally, Spangrud’s My Turtle books have been translated into German and are in the library in Hennef. Her third book, “Miss Linda and the Turtle People Celebrate Mardi Gras,” will be available in English and German this month.
Pictured: The Foley Sister Cities Commission hosted a reception that included virtual participation from officials from Hennef and introduced the community to its art exchange exhibit inside the Truist Bank building.