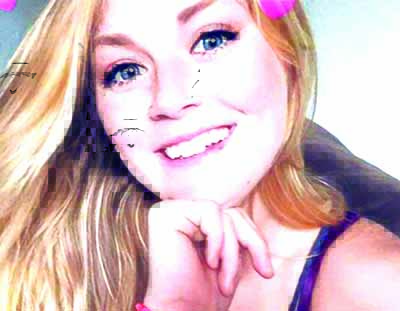 Sassy Bass Caribbean Grille and its sister restaurants, has started a gofundme page in honor of Josie Jones, a company employee and the beloved daughter of Melissa Jones, in a tragic automobile accident earlier this month.
At just 20 years of age, Josie’s life was just beginning. She was a Gulf Shores High School graduate and worked tirelessly in the local hospitality industry. An excited mother-to-be, her mother, sisters, loved ones, friends, and Alize now struggle to cope with her loss.
To help her family in this time of profound sorrow, donations to cover expenses including the med flight, hospital and funeral will be greatly appreciated. “We recognize there is little any of us can do to make these circumstances better or easier to bear,’’ Sassy Bass owners Mark an Robin Frohlich wrote on the gofundme page. “All we can do is love and remember Josie for the genuine and amazing person she was.’’
Alize Marshall, 21, of Foley, and Josie Jones, 20, of Orange Beach were expecting a baby girl when Jones was killed in a suspected DUI crash on August 5. According to the Foley Police report, 57-year-old Debra Estep hit Marshall’s car while driving the wrong way on the Foley Beach Express just south of County Road 20 at approximately 9:45 p.m. Police said Estep’s Mercury Villager, traveling westbound on County Road 20, turned left into the northbound lanes, driving into oncoming traffic. The two vehicles collided head-on in the northbound lane. Josie was airlifted to Sacred Heart Hospital, where she and her unborn daughter both died.
Foley Police believe Estep was driving drunk, but investigators are waiting on toxicology reports. Marshall told police he saw the headlights and attempted to swerve out of the way, but Estep’s van still hit them head-on.