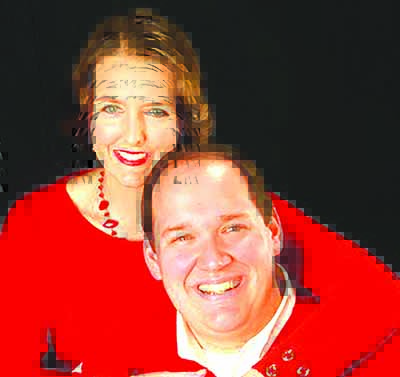 By Louise Hawley
Two August events for area music lovers are planned in support of the Gulf Shores United Methodist Church Chancel Choir and their planned trip to sing at New York City’s famed Carnegie Hall in November.
On Friday, August 17, at 7pm in the GSUMC sanctuary, a Piano Showcase will feature area pianists and their nimble-fingered skills in a concert ranging from classical fare to jazz, sacred melodies, patriotic works and others. Well-known local pianists from a number of local churches, choruses and schools will be performing, including William and Laura Mixon, Jonathan Wallace, Harvey Earle, Irene Walker, Kayla Dowling and Jackie Dahlman. A second grand piano is being provided for the Piano Showcase by Blues Angel Music of Pensacola. During intermission winning raffle tickets will be drawn for three custom made Royal Doulton figurines and artwork created by local artist Joanne Hall. There is no charge for the concert but a love
offering will be taken. Reserved seating will be available for regular concert season supporters.
A Musical Pairing event on Thursday, August 23, at Ginny Lane’s at the Wharf on Canal Road will help introduce a new dining concept to the community. The experience will pair well-loved food dishes with live background music that enhances the taste and enjoyment of the meal. Tickets for the four-course dinner at $40 per person along with dining reservations are now available by calling Ginny Lane’s at 251-224-6500.
More than 40 members of the Chancel Choir – plus spouses and friends – are planning the New York City Carnegie Hall trip, according to Cody Johnson, GSUMC Director of Worship Arts. They will join with other choristers from around the country singing a new Christmas oratorio and another work by noted composer/arranger Mark Hayes. Mr. Johnson noted that Mr. Hayes spent a December weekend at GSUMC in 2017 conducting a one-day seminar for area musicians and directing the choir’s annual Holiday concert.
Contact the GSUMC office at 251-968-2411 or the website at gulfshoresumc.org for further details on the Piano Showcase or the Musical Pairings dining experience.
Pictured: Laura and William Mixon will be among the pianists featured in the Aug. 17 Piano Showcase at GSUMC