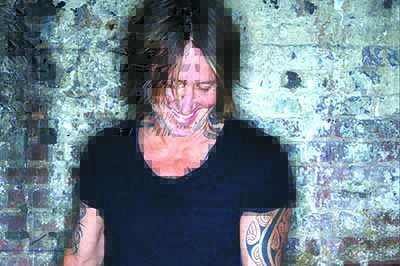 Tickets remain for Keith Urban Aug. 25 at The Wharf

Plenty of good tickets options still remained (as of 8/15) for the Orange Beach leg of Keith Urban’s Graffiti U World Tour on Saturday, August 25 at 7:30 p.m. at The Wharf Amphitheater. Opening for Urban is Kelsea Ballerini. Tickets are available at the Wharf Box Office or through ticketmaster. Pit tickets are $51.50 and reserved seats are $41.50, $31.50 or $21.50 plus fees.
Needtobreathe, with special guests Johnnyswim and The Rocketboys, will be in concert at the Wharf Amphitheater on Sunday, Sept. 30.
Tickets for both shows can be purchased online at Ticketmaster.com, by phone at 1-800-745-3000, or in person at The Wharf Amphitheater Box Office from 10 a.m. – 4 p.m., Monday through Friday and before each show.
Urban’s sets on tour, have been extending past two hours and feature a two stage set-up. He’s been playing classic hits, new material and even his very first No. 1 song. With massive columns of lights and four video screens that often cut to Urban collaborators, including Kassi Ashton, Julia Michaels and Carrie Underwood, singing along with him.
Ballerini has already toured with Lady Antebellum and Rascal Flatts. You will surely here her play hits such as “Miss Me More,” “I Hate Love Songs” and the stripped-down “In Between.”
“We talked about touring [together before] and not enough of the dates lined up for us to do it, and they just did this time. One of those stars lining up moments,’’ Urban said about his up and coming opening act. “I just felt musically it’s such a great compatibility of fusion that we both sort of work in. it’s certainly not pure country, neither of us. We obviously grew up with contemporary country influences, pop country influences, and I just felt that it was a great, great collaborative blend of the two of us. I always think about my audiences too and who are they going to respond to, and I think they’ll love Kelsea.’’
Urban said having only one opening act was by design.
“At the end of the day I’ll put together a set list that feels energy and emotion and thematically and musically and every other way right from top to bottom, covering as much as we can without playing for four hours.”