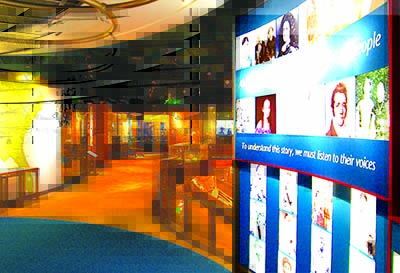 The University of South Alabama Gulf Coast Campus will sponsor a free lecture about the discovery of an ancient canoe canal in Gulf Shores on November 8 from 7 – 8 p.m. at the Gulf Shores Culture Center Auditorium, located at 19470 Oak Road West (County Road 6), about a half-mile east of the Gulf Shores Sports Complex. There is no cost to attend, but please register in advance so that seating can be planned. Register by calling 251-460-7200, online at usacontinuinged.com or by emailing aplatt@southalabama.edu.
Local lore and circumstantial evidence have long identified a large, long, ditch-like feature across the Fort Morgan Peninsula as an ancient canal. An on-going volunteer effort, organized by citizens of Gulf Shores, has now confirmed that folk identification.
Archival, geo-archaeological, and radiocarbon evidence points to a Middle Woodland date for construction of the canal, early in the seventh century AD. The canal once ran for a mile between Oyster Bay and Little Lagoon, connecting Mobile Bay to the Gulf of Mexico. This may be the northernmost ancient canoe canal yet identified in the Southeast. The City of Gulf Shores plans to highlight a preserved section of canal in a heritage trail.
Leading the lecture is Gregory A. Waselkov, a professor at the University of South Alabama. Dr. Waselkov holds a PhD in anthropology from the University of North Carolina-Chapel Hill and began teaching at the University of South Alabama in 1988. Many of his research projects have investigated prehistoric life on the Gulf Coast, particularly during the Woodland and Mississippian periods, from AD 500 to 1550. As director of the Center for Archaeological Studies, he has overseen more than 1,000 research projects in southwestern Alabama since the Center’s creation in 1992.
Pictured: An ancient canoe found in South Baldwin County is now on display as part of the Alabama Voices exhibit at the Alabama Department of Archives and Histor