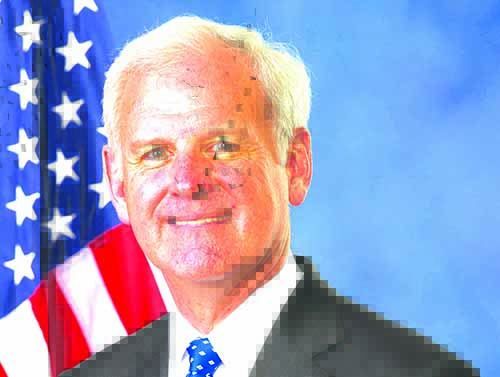 U. S. Congressman Bradley Byrne (pictured) will host a town hall meeting at Foley City Hall, in Foley at 4 p.m. on Wednesday, April 19. City Hall is located at 407 East Laurel Ave. (Hwy. 98).
A Mobile native, Congressman Byrne was elected to Congress in December 2013, to complete the term of Congressman Jo Bonner. He was elected to his first full term 10 months later. As a member of the House Committee on Armed Services, Byrne has been an outspoken supporter for a strong national defense and improved quality of care at the Department of Veterans Affairs (VA). He also led the charge for reforms to the Magnuson-Stevens Fishery Conservation and Management Act which would give more power over the Red Snapper fishery to the Gulf States. Byrne has also advocated for increased off-shore energy production and American energy independence.