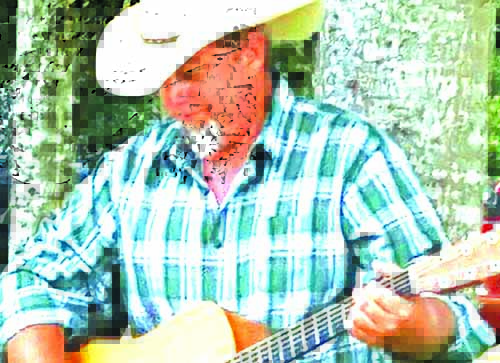 Although his 2016 release, Alligator Man, earned rave revues and top ratings on Independent Record sites and he was just featured on the cover of WishNews 21, a popular webzine based in South Africa, Robertsdale native Doc Johnson says he still can’t match his dad and mentor, Leon Johnson, when it comes to musical chops.
“He had a heart attack a few years ago, but he still plays keys with me sometimes and he still plays in a killer four piece (with Anthony Novak and Rick Barnett),’’ Doc said. “I wish we had their musical talent.’’
Obviously, Doc came by his musical chops organically. He can’t remember when music was not a part of family life, and he often accompanied his dad to rehearsals at Jerry & Wayne’s in Gulf Shores, the iconic Gulf Shores bistro that was blown away during 1979’s Hurricane Frederic.
The Doc Johnson Band stays busy locally playing once a month to packed houses at the Gulf Bowl. Doc’s band has also played locally at Good Time Charlie’s and the Intracoastal at The Wharf. Their next gig is on April 22 at 6:30 p.m. at The Foley American Legion.
Doc say his band, which includes Joe Williams on drums, Lynn Thompson on bass, Andrew Porter on guitar and Kyle Johnson on harmonica, sprinkles in originals among covers. Their goal each night is to keep the dance floor crowded with a “swampy’’ sound that mixes country, blues and rock. Doc agrees with the old axiom that the only two kinds of music are good and bad.
“I can’t get away from country because that’s who I am, but I really dig the blues,” he said. “Even on our album, we are all over the place. We like to have a good time.’’
Although he has worked the Nashville circuit and the band has discussed trying to establish a regional audience, Doc said he is satisfied for now being what he calls a “weekend warrior’’ musician.
A weekend warrior with a band that is very passionate about playing only good music, that is.