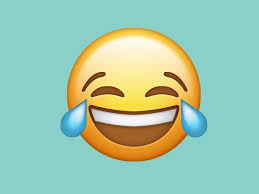 Funny Bones
Editor’s Note: We received about a dozen emails from faithful readers stating that they miss picking up our newspaper every other Wednesday. We appreciate that. A few specifically mentioned that they miss reading our joke column, Funny Bones. Here are the jokes from April’s cancelled issues. We hope to print again in May or maybe even June, depending on when South Baldwin County opens back up for business. Be safe everyone. – Fran Thompson
Due to the quarantine I’ll only be telling inside jokes.
••••••••••
Woman: Doctor, please come quickly! My little boy has just swallowed my fountain pen!
Doctor: Of course, I’ll be right there. What are you doing in the meantime?
Woman: Using a pencil.
••••••••••
My daughter was wearing a beat up old watch a friend had given her.
I asked her, “Does it tell the time?”
“No, you have to look at it,” she said.
••••••••••
Son: Why is my sister’s name Paris?
Dad: Because we conceived her in Paris.
Son: Thanks dad.
Dad: No problem Quarantine.
••••••••••
It is upsetting me to witness my wife standing at the living room window gazing aimlessly into space with tears running down her cheeks during this quarantine. I have thought very hard about how I can cheer her up. I have even considered letting her in. But rules are rules.
••••••••••
The cable TV man was on my street and asked me what time it was.
I told him it is between 1 and 4 pm.
••••••••••
Victim: They stole everything from my house but the soap and towels.
Policeman: Why, those dirty crooks!
••••••••••
A woman was bragging to her next-door neighbor about her son, a college student. “Why our son is so brilliant, every time we get a letter from him we have to go to the dictionary.”
“You’re lucky,” the neighbor said. “Every time we get a letter from our son in college, we have to go to the bank!”
••••••••••
People think “icy” is an easy word to spell.
Come to think of it, I see why.
••••••••••
Just seen a burglar kicking his own door in.
I asked: “What are you doing?”
He said: “Working from home.”
••••••••••
After 30 minutes and 6 changes of outfits, the fellow’s wife came out of the changing room one more time. He looked at her and immediately said, “That looks great on you! Get that one.”
“Honey,” she replied, “this is what I was wearing when we came in.’’
••••••••••
I trained my dog to fetch me beer…
It may not sound too impressive, but he gets them from the neighbors fridge!
••••••••••
My wife was reading the newspaper headlines outloud: “12 Brazilian Soldiers Killed,” she read. “How many is a Brazilian?”
••••••••••
The same guy has robbed the same bank three times in the last 30 days.
Police asked, “Have you noticed anything in particular about the robber?”
“Yes,” the teller replied. “I notice that each time he comes into the bank he’s much better dressed.”
••••••••••
I’ve just turned down a job delivering for my local fruit and veg shop. They offered to pay me in vegetables, but the celery was unacceptable.