Hangout delays request for 213 ft. Starflyer until at least Jan. 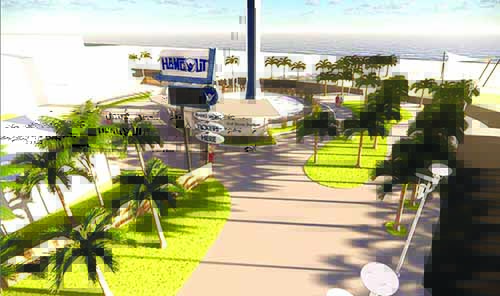 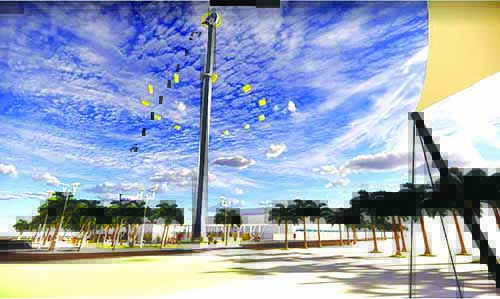 Hangout delays request for 213 ft. Starflyer until at least Jan.

By John Mullen
An effort to add a new high-flying attraction at the Hangout has been postponed twice and owner-operator Shaul Zislin says the application for a conditional use permit will be delayed until after Jan. 1.
Citizens living in the area, including Cheryl Connell, a recent candidate for a City Council place, are already organizing opposition to the 213-foot tall Starflyer swing attraction. Connell posted email addresses for the mayor, city council and planning commission members on Nextdoor.
“I think this would be an unbelievably tacky addition to the beach not to mention a waste of perfectly good beautiful sand,” she stated. “I understand someone wanting to provide waiting customers with something to do so they don’t leave. With that goal in mind I believe the Hangout can come up with something far more suitable for the beach and far less visible to everyone else. Other restaurants have been able to incorporate entertainment that suits their environment. Perhaps the Hangout planners can look around.”
The email also encouraged the residents to send emails to city officials to voice opposition.
“Many of you work and won’t be able to attend this meeting,” it states. “You can still be heard. The following are the email addresses for the mayor, city council and planning staff. I could not find emails for the Planning and Zoning Commission. Please email them and let them know where you stand.”
According to documents filed with the city by the Hangout, the new attraction would be within the current Hangout footprint in the southwest corner where there is currently a bus that sells ice cream and other treats.
“The attraction is commonly described as a family vertical swing attraction,” the Hangout’s filing states. “In other destinations comparable to Gulf Shores these attractions have quickly become known icons of the area due to their photogenic appeal, elegant aerial design and family participation.”
According to other information in the filing, the model is commonly known as a Starflyer and can be installed on a 30-foot radius of land. The Hangout model will reach a maximum height of 213 feet and will be designed and built by a European manufacturer, Funtime Rides. There are more than two dozen models in operation including the world’s tallest at 450 feet in Orlando.
The Hangout asked the item be deferred from the November Planning Commission meeting on Nov. 17 and Zislin told the Mullet Wrapper it would not be presented again until after Jan. 1.