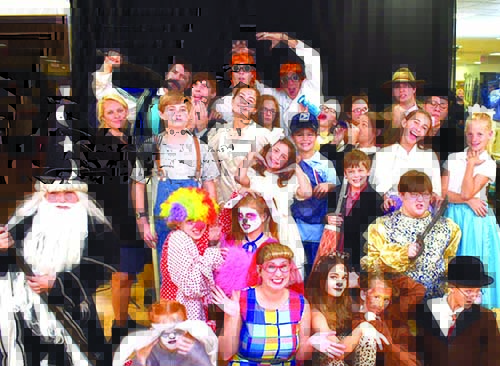 O.B. kicks in additional $2.3 million for Performing Arts Center
New school to open in Aug.; center ribbon cutting in April
By John Mullen
Orange Beach will pay an additional $2.3 million to add features to the Performing Arts Center currently under construction at the Orange Beach High School and Middle School Campus.
School will convene in the new building in August but the center won’t be completed until April 2021.

“We’re putting an orchestra pit in, some additional baths and on the back, we’re adding on roughly 200 feet what they call a black box theater,” Mayor Tony Kennon said. “There’s going to be a band room for the high school. It’s going to be very, very multi-use.”
The city first agreed to pay $7.2 million toward the cost of the Performing Arts Center and in June increased it by about $53,000 to increase the capacity of the women’s restrooms. The initial cost of the center was estimated at $8.6 million with the Baldwin County Board of Education paying $1.4 million of that cost. The additions will push the final price close to $11 million.
Kennon said the new center at the school will serve many functions for the city and the school. It will add the black box theater, a dance room, band room and orchestra pit and the bathroom modifications.
“We got so many things taking off and we’ve got so many opportunities to bring in acts throughout the year,” Kennon said. “This is not just for the kids. This is going to be for the parents and the community in a lot of different ways. Essentially, after school and weekends, it’s ours. That’s the way the contract reads. We’re going to be bringing in country acts, maybe bringing in comedians, doing plays. All those types of things. And the school has use of it as well.”
The new facility will contain a total of 28,000-square-foot facility including a 710-seat theater.