Ospry Nesting Platform Back Up at Lake Shelby 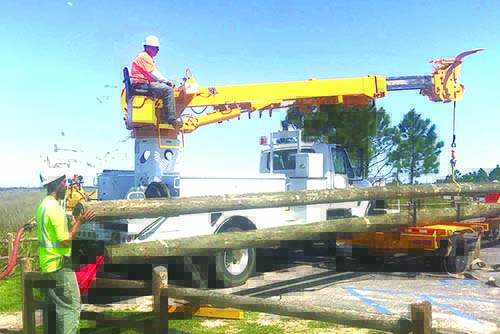 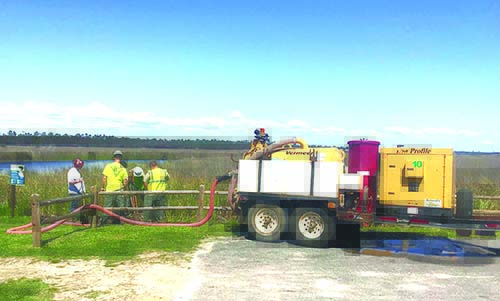 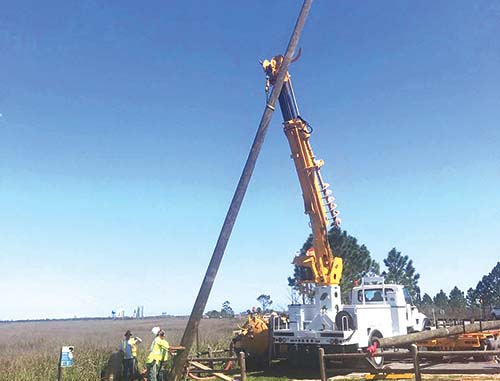 Ospry Nesting Platform Back Up at Lake Shelby
One of the osprey nesting platforms on the edge of Lake Shelby, destroyed by Hurricane Sally in September, has been rebuilt thanks to the joint efforts of Gulf State Park employees, Alabama Coastal Foundation, Rylands Underground, Baldwin County Poles and Pilings and Baldwin EMC. After suffering great losses due to DDT pesticide, one of the most successful efforts in bringing back osprey to the Gulf Coast was building nesting platforms. Each platform is built tall and near water. The osprey use them as a solid base to build nests and rear successful young!