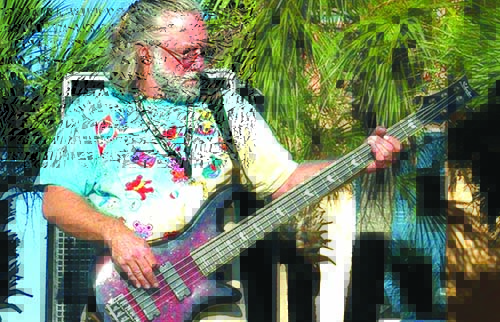 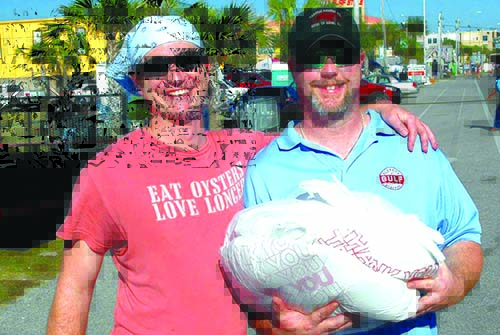 By Fran Thompson
The sponsoring Coastal Alabama Business Chamber has cancelled the Oct. 7-10 National Shrimp Festival, the organization’s primary fundraiser, for the second consecutive years due to its concerns with the spread of COVID-19 during the event that attracts around 200,000 visitors over a four day period.
In immediate response, The City of Orange Beach announced that it will host Freedom Fest on Saturday, Oct. 9 at The Wharf as a substitute for the cancelled National Shrimp Festival.
Orange Beach Mayor Tony Kennon issued a statement announcing Freedom Fest to provide a venue for artists and visitors who have already planned to be in Pleasure Island during the second weekend in October.
Like Shrimp Fest, Freedom Fest will include art vendors, local music and food.
“I’m happy to report that because of our City Council, the wonderful people in the City of Orange Beach, City employees and an accommodating staff at The Wharf, this event will happen,” Mayor Kennon said. “People have the right to choose what they wish to attend and decide the risks they are willing to take, especially for an outdoor event like this one.”
Brooks & Dunn are scheduled to perform at The Wharf Amphitheater and The Addams Family Musical Comedy will raise the curtains at the Orange Beach Event Center at The Wharf following Freedom Fest.
The Chamber claimed it came to the “extremely difficult’’ decision after consulting with volunteers, health care officials, Orange Beach – Gulf Shores Tourism and business partners.
“After weighing many factors surrounding this 4-day event, it has been decided that the health risks to our volunteers in particular; but also vendors, citizens, and visitors are too great and the festival is being cancelled,’’ the Chamber stated in a press release.
“Several concerns entail our local hospitals ability to care for a large influx of new cases while at near capacity with existing patients. Also, our volunteers’ prolonged multi-day exposure to many attendees while in an environment that is impossible to control crowd size with safe distancing of patrons.’’
According to the Chamber, a large number of volunteers have voiced legitimate concerns over their safety, equating to a reduced ability to adequately manage and man the event.
Freedom Fest will accommodate up to 100 vendor spaces, and artists who were already booked for Shrimp Fest will have priority. (For vendor info, email jfitz@orangebeachal.gov.)
“People have the right to choose what they wish to attend and decide the risk they are willing to take, just like sitting in a sold-out football stadium with a hundred thousand other folks. We know that it is late notice and we may not be able to pull this off, but we do need to make a statement that this virus will not dominate and control our lives,” said Mayor Kennon.
The Coastal Alabama Business Chamber’s statement cancelling the Shrimp Fest noted that the 2021 tourist season was a record breaking year and projections are strong for a busy fall even without Shrimp Fest, the busiest tourist weekend of the year.
“Our goal will be to work hard in making improvements to the festival in 2022, not only providing a quality experience but also to improve crowd monitoring and better controlled access,’’ read the Chamber statement. “It has been decided that this cannot be safely done (this year) when gathering a large number of people and vendors in a confined space over four days.
Pictured: Shirmp Fest fun from 2015.