Ted Hefko & The Thousandaires headline Oct. 19 BBQ & Blues at Church Of The Advent 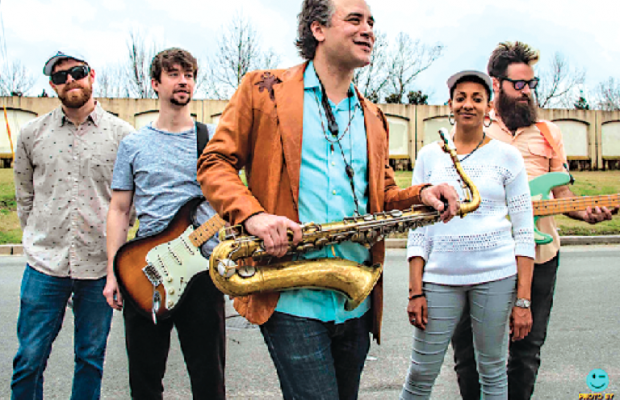 Ted Hefko & The Thousandaires headline Oct. 19 BBQ & Blues at Church Of The Advent
The of the Advent in Lillian will host its annual BBQ & Blues event from 9 a.m. until 3 p.m. om Oct. 19.
The community is invited to enjoy community, enjoy some good music, great food, and great music while local artists and vendors. The church is located one and a half blocks south of the traffic light at US 98 on Co. Rd. 99.
Ted Hefko and the Thousandaires (pictured) will provide the music, and Tiny’s Smokehouse will provide delicious BBQ and sides. Grilled hot dogs will also be available.
Entertainment for children includes a bouncy house and face painting. Raffle tickets will also be sold for cash prizes. And the event includes a silent auction ending at 2 p.m.
for $20 and have a chance to win either $500, $300 or $200.
Profits from this event allow the church to provide grants to local charities and organizations.
Ted Hefko and The Thousandaires bring original stories to life with the spontaneity of jazz, the bare-bones sensibility of early folk and the vibrancy of New Orleans.
Hefko plays guitar, tenor sax and clarinet during his sets of mostly original music, and after several years in Brooklyn, he is happy to be back in New Orleans, where he moved when he was 18 and fresh out of high school. His luggage totaled two guitars, a saxophone, cooking utensils, books, cassettes, and a pin-striped suit.
He began writing song lyrics when he was in second grade and picked up the guitar and any other instrument he could get his hands on a few years later.
He studied modern jazz at The University of New Orleans, and was a freelance horn player in New Orleans and New York for 10 years, before song writing and the guitar called him back.
In the late 90’s, he drove across this great country in a van, living off sandwiches and bar menus. The pay was abhorrent but driving Route 66 through the painted desert and Colorado’s Rabbit Ears Pass in a blizzard was great fodder for his songwriting. T
ed toured nationally with jazz-jam band, idletime for three years and has two songs on the band’s “Time Stops…” album.
In 2003, Ted moved to New York to bone up his modern jazz chops and quickly realized that his biggest asset was his experience in New Orleans.
He started playing traditional New Orleans standards even at modern jazz gigs and it worked. Freed from the confines of learning songs for jam sessions and sideman work, he took a closer look at Piedmont blues and the great
Duke Ellington.
Ted’s first all original album, Egyptland, was mastered by legendary engineer, Gene Paul, whose credits include work with Aretha Franklin, Roberta Flack and The Average White Band.
Ted’s second album was more cohesive. One studio with one rhythm section. The album earned positive reviews, and Ted purchased a vintage GMC Safari van and took his music on the road.
The van broke down just a few hours outside of the city limits, but they soldiered on and the tours got better. It was with this band that he recorded Distillations of The Blues during a stop in New Orleans.
That album, “’Gas Station Guru,” has a true New Orleans sound, but in a unique way interpreted.
“Hefko has completely given its own twist and translated it to the time of today. That is why you not only hear the specific rhythm & blues and jazz sound that the city has always exuberated, but also the sounds of country, folk, roots and even a bit of cajun.’’ wrote Ella-Milou Quist, in the August 2018 issue of Blues Music Magazine.
“Years spent in devout study and constant gigging have paid huge dividends, as Gas Station Guru reveals Hefko as adept in songcraft—from lyricism to arrangements to production quality—creating an album that’s fun, funky and fulfilling,” added Frank Etheridge in his July 2018 Offbeat Magazine review.