City of Fairhope celebrating 125th anniversary with a bang 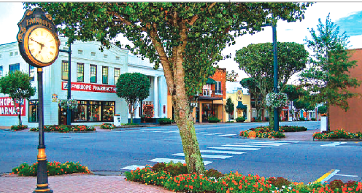 City of Fairhope celebrating 125th anniversary with a bang

The City of Fairhope is kicking off its 125th anniversary celebration this month with a bang. Founded in 1894 as a single tax colony based on the teachings of Henry George, the town got its name from founders who believed following George’s philosophy would give them a “fair hope of success.”
After searching several states as possibilities, the founders chose Fairhope and declared November 15, 1894, as “Round-Up Day.” For the next several months as the anniversary of that important date approaches, programming at the James P. Nix Center, the Fairhope Public Library and the Fairhope Museum of History will be designed to help tell the rich history of the City of Fairhope.
Citizens can also get involved in telling the story of the City. From now until November, submit your Fairhope story in 300 words or less and let your fellow residents know what you love most about Fairhope and why. Stories can be emailed to 125th@fairhopeal.gov. Please include a photo of yourself to be used with the story online at www.FairhopeAL.gov. Some stories and photos will be used on the City’s social media channels during July-November.

A historic marker dedication, a Round-Up Day party and more will be held in the upcoming months as the celebration continues. For more information, email 125th@fairhopeal.gov.