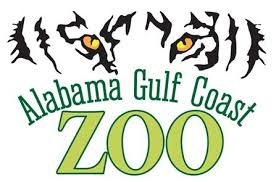 Gulf Shores fast tracks $1 million zoo donation
By John Mullen
At a dual work session and regular council meeting on April 13 Gulf Shores the city council agreed to speed up its donation of $1 million to the Gulf Coast Zoo to help with expenses during the restrictions of the COVID-19 pandemic and the zoo’s closing.
“The zoo requests waiver of the city’s 60-day right to rescind the requirement in order to immediately release the zoo’s remaining $625.000 operational reserve balance for operational expenses being incurred during the zoo’s closing due to the COVID-19 pandemic in conjunction with a $1 million city grant,” Finance Director Cindy King said.
In 2017 the city agreed to give the zoo $1 million within 30 days after the zoo delivered its certification of completion. The $1 million was to assist with operating expenses once all other resources are exhausted. The zoo opened on March 14 and closed almost immediately due to the COVID-19 pandemic and reported it had enough money to last through March and most of April while being closed during the pandemic.
According to city documents, the zoo will need the city’s $1 million as well as the $625,000 the zoo borrowed for their operating reserves to assist with operating expenses sooner than the 60-day period. The council voted 4-0 with Steve Jones, a member of the zoo’s board of directors, abstaining. Councilman Gary Sinak was not present.
“We want to thank the mayor and city council members for your continued support of the zoo during these unprecedented and challenging times,” Zoo Director Joel Hamilton said in an email to the council. “Your dedication toward helping the zoo remain a successful member of this community is much appreciated. We all look forward to opening the zoo very soon. We would not be able to do that without the support of a great community and the city behind us.”