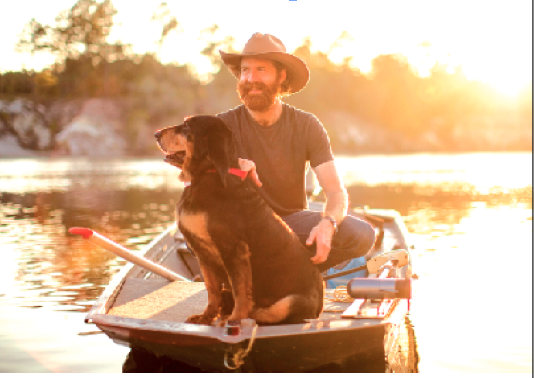 Humorist Sean Dietrich, aka Sean of the South, will make his first ever appearance in Gulf Shores on Wednesday, July 10 at the Gulf Shores United Methodist Church South Campus Auditorium. Doors open at 6:30 p.m. for great warm-up music before Sean’s performance. The public is invited to attend the free event sponsored by The United Methodist Men as a gift to the community. A love offering will be accepted. The chuch campus is located at 1900 Gulf Shores Pkwy. in Gulf Shores (251-968-2411).
“The people of Gulf Shores are fortunate to have Sean visit our community. Come out and join us for a wonderful time,’’ said Steve Means of the sponsoring men’s group. “Check him out on facebook, and I guarantee you will be there on July 10.’’
Dietrich is a columnist, novelist, and creator of the blog, podcast, and radio show, “Sean of the South.” Known for his commentary on life in the American South, his work has appeared in Southern Living, The Tallahassee Democrat, Good Grit, South Magazine, the Bitter Southerner, ALFA Alabama Farmer’s Magazine, Alabama Living, and The Opelika Observer.
A Gulf Coast resident (Santa Rosa Beach, FL), Sean’s new book, “Stars of Alabama,” will be published two days before his appearance in Gulf Shores.
Sean publishes daily columns on his website, seandietrich.com, and has produced 75 podcasts. It has been said that to hear him speak is to fall under his spell, especially when he talks about the challenges he’s faced in life.
Sean writes about the people he meets, celebrating the downtrodden, the poor, the unseen. His father’s suicide when he was just 12 years old is a common theme in his writing. He had to quit school and work odd jobs to help his family survive the tough years that followed.
Until he started getting paid for his writing, Sean made his living playing music all over the south. He has been compared to his idol, the late Atlanta Journal-Constitution humorist Lewis Grizzard.
“Stars of Alabama” begins in Mobile during the Great Depression, when Marigold, the red-haired heroine, makes a terrible error in judgment – hunger, poverty and rejection will do that to a person – and she leaves her baby for a short time, only to return and find her missing. She and Maggie (later renamed Ruth), her independent, intuitive red-haired daughter, continue without each other throughout the novel as the years and miles bring them closer to finding each other once again. Meanwhile, Sean introduces a host of other characters, both lovable and despicable, all full of human frailties and spirit.