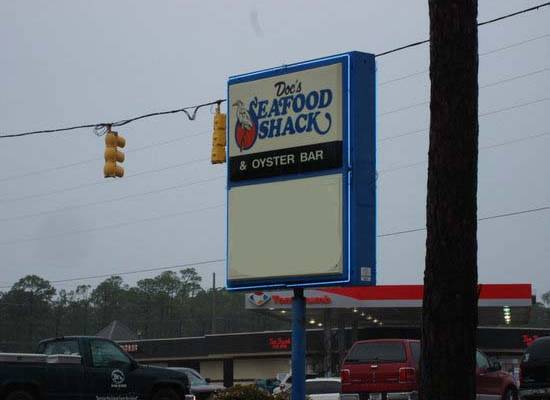 The City of Orange Beach awarded a bid for preliminary work on the widening of Canal Road from Doc’s Seafood Shack and Oyster Bar to Wilson Boulevard at its April 7 meeting. Thompson Engineering will provide engineering and land surveying services for the addition of a roundabout to the widening of Canal Road in an amount not to exceed $45,700, according to city documents.
“This is the engineering of east Canal Road as the engineers that had been with Burke Kleinpeter (BKI) have moved to Thompson,” said Administrator Ken Grimes.

During the regular session, the council also:

•Postponed a resolution authorizing execution of an amended and restated transfer of guaranteed contribution and use agreement with the Baldwin County Board of Education for a Performing Arts Building.
• OK’d resolutions authorizing the execution of a professional services agreements with McCollough Architecture and Davis Architects. Both are annual professional service renewals. McCullough and Davis are partnered on the adult fitness gym, baseball and softball stadiums, Mako Athletic Training Facility-Field House and the current small gym nearing completion.
• OK’d a resolution declaring certain personal property owned by the city as surplus and unneeded and authorizing the Mayor and City Clerk to dispose of such property. The property will be auctioned on govdeals.com. Included are a 2012 Chevy Tahoe, a 2005 Ford Explorer, a 1997 Chevy Suburban and several UTVs and ATVs.
• OK’d a resolution authorizing a contract with Olsen Associates to perform engineered beach annual monitoring in the amount of $48,200.
• OK’d a resolution authorizing the submittal of a grant application to the FEMA Port Security Grant Program to help fund a $690,000 boat for the police department. If awarded, the grant would pay for 75 percent of the costs, or $517,000, and the city’s cost would be about $172,000. The new vessel would replace the 20-year-old Marine 1.
• Postponed public hearings and first readings of ordinances proposed for new homes in Cypress Village east of The Wharf and Robinson Grove on the east side of Walker Key on Terry Cove.
• Approved an outdoor music permit for Live Bait Restaurant on beach road in west Orange Beach.
• Accepted a bid on Christmas decorations from Winterland for unit pricing not to exceed $22,000.
• Declared April 18 as Earth Day for 2020.
• Recognized Ronald F. Callaway, the first mayor of Orange Beach, who passed on March 9 at the age of 87.
• OK’d a resolution authorizing the execution of a grant award agreement with the Alabama Audubon Society for the Alabama Coastal Bird Stewardship Program in the amount of $2,650.
• Heard a request for an extension of the Turquoise Place Parking planned unit development for a planned parking deck east of the towers on the beach. It’s about a $12 million project and Kennon said the homeowners’ association at Turquoise wanted to collect two summers’ worth of fees and rent to help pay for the project. The extension is requested until Sept. 30, 2021.
• Discussed a resolution authorizing a contract with McCollough Architecture to provide a project manual for the Coastal Resources Department Trail Maintenance Shop and Wildlife Center for $4,500.
• Agreed to hear an appeal from the planning commission’s denial to on Broadway Group’s plan to build a Dollar General on Canal Road across the road from the Keg and west of Bear Point Plaza. The hearing is scheduled for June.