Home / Aug 12 NEWS / O.B. does not want to be associated with Hangout; A bad fit, even if city had a public beach to rent

O.B. does not want to be associated with Hangout; A bad fit, even if city had a public beach to rent 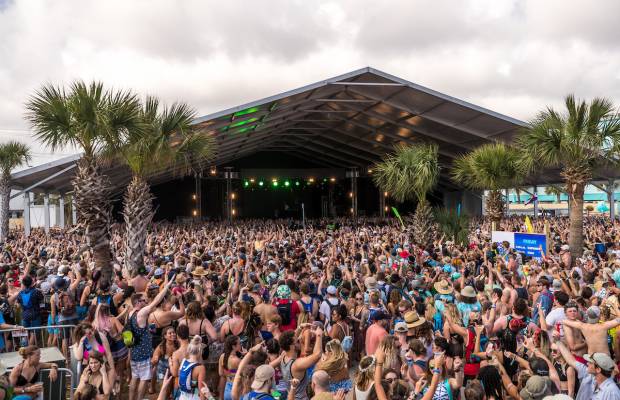 O.B. does not want to be associated with Hangout
A bad fit, even if city had a public beach to rent

Orange Beach’s position on the Hangout Fest is clear. It would not want to be associated with the fest, even if its park system included five acres of Gulf frontage for rent in front of a spectacular $15.5 million promenade.
Up until this past August, Orange Beach shared high schools and middle schools with Gulf Shores. The cities still share a Convention & Visitor’s Bureau. And Orange Beach Mayor Tony Kennon makes it clear that it is not his place to question Gulf Shores position as a festival supporter.
He said the fest does generate some revenue for his city, but the resulting loss of brand identity has a monetary value that is worth way more than the short term rental and sales taxes the fest generates.
In a nutshell, the O.B. position equates Hangout Fest to a drug heavy spring break. Orange Beach has gone all-in as a family friendly destination and that would be undermined by association with the event.
“We are a city but more importantly a community that prides itself on being family friendly. We believe in traditional American values and sincere southern hospitality. That is our brand and we have done everything we can do to protect that family focused brand,’’ Mayor Kennon said.
“Case in point would be our desire to not have MTV style spring breaks here or any concert/event that promotes the drug culture, vulgarity, the total disrespect for women and so on. Annually, the Hangout Festival is no different from spring break and to support it would be a contradiction of our brand and who we are,’’ he added.
“Those are not the type dollars we want or need. Those specific dollars have far less value than dollars generated from multi-generational families visiting our city.
“This is just as much a business decision as it is anything else. We in Orange Beach refuse to compromise our family friendly brand which we have worked so hard to establish

Related ItemsAug 12 NEWSHangout Story
← Previous Story The “bad element” that Hangout Fest attracts is way overstated, but it may be time to move on from event that has been so divisive
Next Story → City wants fest to secure permit before announcing schedule; Communications between fest and Gulf Shores seem to be uneven