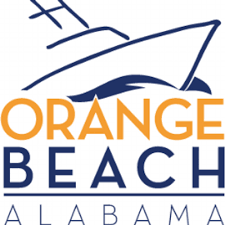 O.B. to train staff on proper disinfection methods
City also approves changes to tw0 construction projects
By John Mullen
Orange Beach is going to spend about $2,000 to get key personnel training on the proper way to clean and disinfect city facilities against the COVID-19 virus.
“While this has been going on the biggest thing on everyone’s mind is safety,” Councilman Jeff Boyd said at the May 5 council meeting. “Not just the safety of what’s happening in the city but at the forefront is the safety with everyone coming to town. By far we want everyone here, we want them back, we want the business back. But our number one priority is our safety, our employees’ safety and the safety of the people that are coming and their families.”
The city is hiring GreenCo from Foley to run the first of two training modules the first of which is free and the second step in the training will be paid for by the city. Department heads were asked to designate employees that would benefit most from the training.
“Here’s the importance,” Boyd said. “Let’s say Maria is cleaning an elevator and Maria understands spraying the elevator to get inside and wipe the doors but she also uses that rag elsewhere. She also may cough in the elevator and not have protection. This training trains to understand the difference between decontamination and disinfection. You have to clean it before you can disinfect it. You can’t sterilize or disinfect dirt.”
Also, during the meeting, the council OK’d a change in two planned unit developments, one for Turquoise Place and another for Robinson Grove, a 14-home subdivision on Terry Cove east of the Walker Key complex.
Turquoise Place asked for an extension of its PUD until Sept. 30, 2021 as it makes plans to build a parking deck east of that complex to alleviate overcrowding in its parking deck. The overflow parking is having to use a field across five-lane Perdido Beach Boulevard and those using it must make that dangerous crossing to get to the condos.
Robinson Grove is a cottage development on former Walker family land and will also include a pier with boat slips for residents.
During the regular session, the council also:
• Awarded a bid for recreation center drainage and tennis court improvements to Ammons & Blackmon Construction for about $1.4 million.
• Authorized the purchase of a service vehicle with a truck bed for the Utilities Department for $69,362.
• Authorized the purchase of a vehicle for the Utilities Department from state bid for $29,861 for a Ford F-150 Supercab 4X4 pickup.
• Authorized execution of a lease agreement for the Parks and Recreation Department with Williams Scotsman for a portable classroom for the Camp Sunshine program for $29,180.73 for a year.
• Authorized execution of a service agreement with Williams Scotsman for modifications to the portable classroom for the Expect Excellence program in the amount of $7,000.
• Authorized the execution of a software license agreement with Active Network for a childcare module and Connect App.
• Approved the submission of the 2019 Municipal Water Pollution Prevention (MWPP) Annual Report.
• Passed a resolution authorizing the sole source purchase of a submersible pump from Jim House & Associates for the Utilities Department for $33,576.
During the work session, the council discussed:
• A line of credit with Finance Director Ford Handley.
• A performance contract with Tennis Pro to offer training services for the city. Current pro Rhett Russell is going to move to the role of a independent contractor instead of working for the city.
• A resolution awarding the bid for the Sewer Office Building. The bid opening is scheduled May 7.
• A resolution awarding the bid for Police Vehicle Emergency Equipment. The bid opening is scheduled for May 14.
• A resolution awarding the bid for a new boat lift for the Fire Department at Hudson Marina. The bid opening is scheduled for May 14.

Related Items
← Previous Story No public gatherings of more than 50 in P-cola
Next Story → Alabama restaurants, bars, breweries can re-open May 11