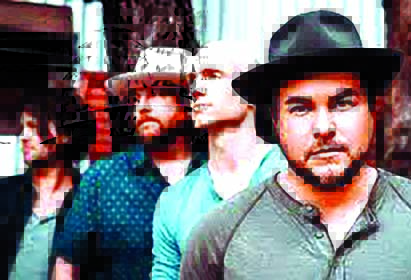 Tickets available for Eli Young at Hangout on April 21

VIP ($95) and general admission tickets are still available for the Eli Young Band concert at The Hangout, located at Gulf Shores Public Beach, on April 21. The concert starts at 7 p.m, and Jordan Rowe will open.
Produced by dam’s Entertainment, the concert will feature a band that has claimed Billboard Country Song of the Year and ACM Awards Song of the Year accolades, as well as multipleGRAMMY, CMA, CMT and ACA and award nominations. Tickets are available at SoundWavesMusicSeries.com. The band has sold out venues and shared stages with KennyChesney, Rascal Flatts, Tim McGraw, Jason Aldean, Toby Keith, Chris Young, Darius Rucker and DaveMatthews. The musical band of brothers – Mike Eli, James Young, Jon Jones and ChrisThompson – play their own instruments, write their own songs and cling fast to their Texas roots since forming in 2000 at the University of North Texas.