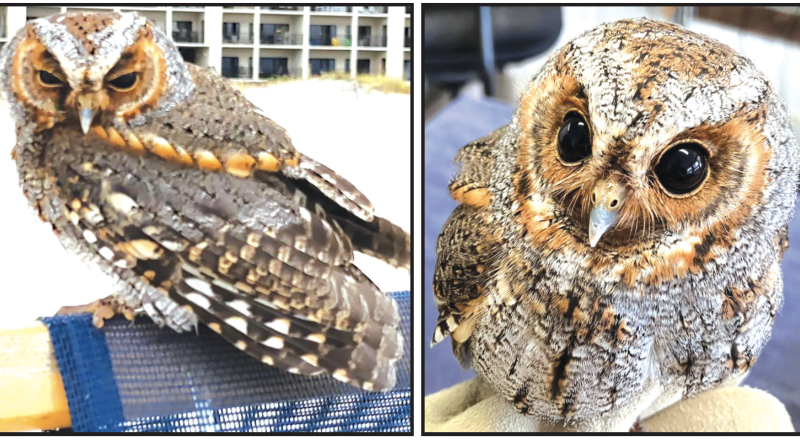 Orange Beach Wildlife Center staff responded to report of an owl perched on a beach chair letting people easily approach it and discovered that this bird was a flammulated owl, a species native to the West Coast of the U.S. and Central America. According to the OBWC facebook page, there are only three records of this species ever being in Alabama, the last being in 2003! Needless to say, this bird was certainly out of its range and needed intervention.
Upon initial examination, the owl had no physical injuries and was in good body condition. It was alert and responsive initially, but unfortunately its condition began to rapidly decline. Despite the staff’s best efforts, the owl passed away after a very short time. The owl will be sent off for a full necropsy (an autopsy for animals) to determine the cause of death. “While we are sad that this rare bird did not survive, it was very exciting to have it in our state and get to see one up close,’’ OBWC staff reported. Flammulated Owls are among the smallest owl species of North America, and the bird found in Orange Beach weighed in at 45 grams.